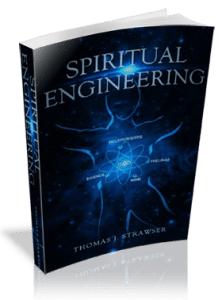 This book has solutions for some of the most challenging and perplexing problems in life. For the first time, the groundbreaking Spiritual Engineering process merges science, psychology, engineering tools and spirituality to find real solutions, answers to problems that wreak havoc in lives.
We live in the most affluent society that ever existed on the face of the earth and live in an epidemic of misery and mediocrity. We follow the advice of the experts but the cold, hard statistics scream of failure.

This is the true current state of humanity and it’s a pretty sad image.

Look at marriage for example. For many people, marriage is still the primary relationship in their life. More time, emotion, and energy are invested in making marriages succeed than in any other single relationship. Despite this, almost 50 percent of first marriages disintegrate. They fail to fulfill the hopes or achieve the promises of the wedding day. This doesn’t include the millions who remain married in unfulfilled and stagnated relationships—those who settle for less than their dreams. “The good is often the enemy of the best” describes many modern relationships.
These same statistics reveal another startling fact: There's a significantly higher rate of failure with second and third marriages than there is with initial partnerships. Of course, the extra complications in these second unions help us rationalize the higher failures; however, one inescapable question arises from such justification: If we learned from the initial marriage failures, shouldn’t we expect our success rate to increase rather than get worse? Should we not learn how to select a more compatible mate? How to allow disagreements to become a process for growth? How to love but not enable? How to build healthy relationships? If our best efforts fail this badly, where does that leave the other relationships in our lives?
Many feel that life is a struggle, that they are doing all they can but something is missing. People want great relationships, to find happiness and peace-of-mind, to know that they have answers for any problem they face. They try hard but always end up with the same results: anger, disappointment, anxiety, pushing to pay the bills or just get something better. Finally, Spiritual Engineering presents a solution that delivers real answers.